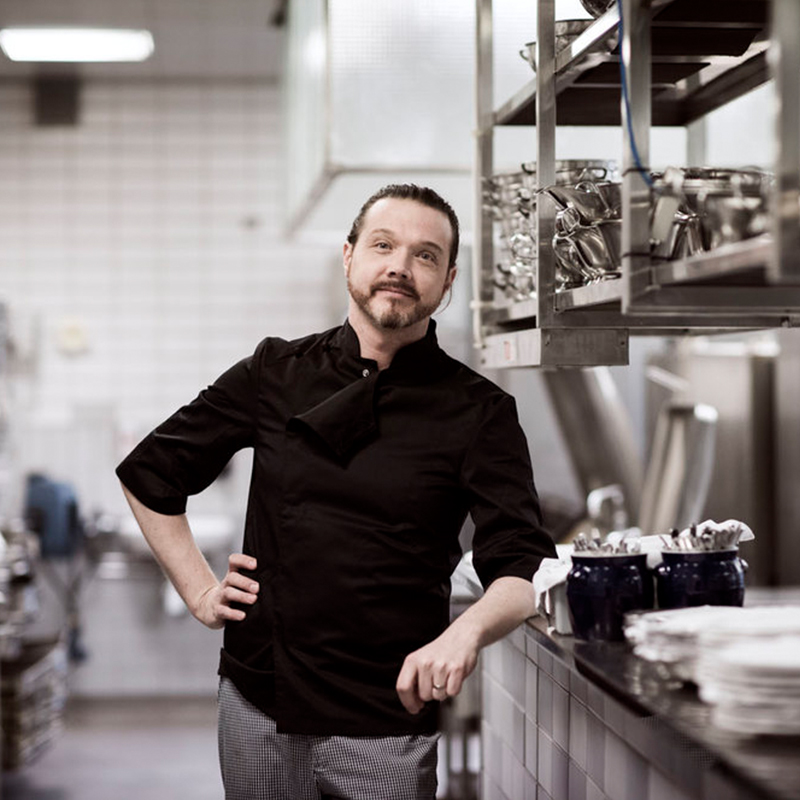 Magnus Naess, age 47, swedish cook, food inspirer and often referred to as the “go-to-guy” in Sweden, when it comes to vegetarian cuisine in schools. Current occupation is being the head chef of Globala gymnasiet in Stockholm, a school particularly known for its vegan and vegetarian school meals.

At Globala gymnasiet it is meatless Monday all weekdays.
Magnus, an autodidact, begun his career as a musician but realised cooking was his true passion, and that the discipline of creating arts, music or food was very similar to cooking.
The choice of working with vegetarian food came early on and has since been his expertise.
As a chef, he strives for food that, despite being healthy and nutritious, always must be appealing, tasty and colourful.
Globala gymnasiet and Magnus was awarded the prize “Guldråttan” 2018, a yearly award that goes to an organization or someone that has done something exceptional for animal rights and/or the environment.
In 2019 he released ”Vegolyftet”, a dedicated vegan cookbook written especially for schools and professional chefs. The book was awarded ”Gourmand awards 2019” in its category in Sweden and competed in the international Gourmand Awards in Paris 2019.
“Vegolyftet”, is also a competence improvement project aiming directly at schools where he holds workshops and cooking classes mainly for professionals who want to veganize their cooking. Magnus is also currently working as a freelance consultant for food companies, especially in the exploding foodtech sector.

Magnus own homepage is www.vegolyftet.se/ (in Swedish)

All session
by Magnus Naess